Most of the goods we consume are transported by sea on ships where working conditions recall those of the galley ships of another age. Turbulent Waters tells the story of these seafarers – equivalent to 21st century galley slaves – and of the turbulent seas they inhabit in a world of corporate globalisation.

Myles Parsons gets the call in Vancouver. At the other end of the line — John DeGuzman, a Filipino cook onboard a German-owned vessel docked at the French port of Brest. Can Parsons help? The Filipino crew complain of poor food, withheld wages and routine abuse from the Romanian  captain.

It’s all in a day’s work for Myles Parsons, a gruff bear of a man and 30-year veteran of the high seas. As an inspector for the International Transport Federation, he fights for the rights of seafarers around the   world.

Turbulent Waters, a compelling exposé of the international shipping industry, takes us below deck to meet the men who toil at the grimy heart of the global economy.

Whether it’s petroleum, frozen lamb, wheat or computer keyboards—over 90% of international trade moves by sea. Yet the men whose labour is the lifeblood of world trade reap few of its benefits. Every year over 2500 seafarers die on the job. They are the galley slaves of globalization.

Filmmakers Malcolm Guy and Michelle Smith embark on a fact-finding mission with ports of call in South Africa, France and the Philippines, shedding light on the harsh reality of the new economic order and giving dignity to the men who pursue a livelihood at sea—those who deliver the goods we use every day.

Many work in substandard conditions on ships flying flags of convenience, or FOCs. Moeller-Maersk, P&O Nedlloyd and Canada Steamship Lines (linked to Canadian prime minister Paul Martin) are among the companies that use this loophole, dodging domestic taxes and labour standards by registering ships in places like Barbados or Vanuatu, thereby boosting yearly profits as much as $700,000 on each vessel. But the corporate annual reports fail to mention the human cost—the death rate on FOC “sweatships” is almost double that of other vessels.

In Richard’s Bay, South Africa, ITF inspector Sprite Zungu assists a crew of Ukrainian seaman. Carrying a cargo of coal to Rotterdam, they have not been paid in five months. Their demand is simple—pay us and let us go home. Sprite detains the ship, forcing the powerful Greek owner to pay the men, but cautions them about the blacklist, commonly used to punish workers who speak out. In the Philippines alone, over 10,000 seafarers have been blacklisted, ending careers and throwing entire families into poverty.

Back in Vancouver, the struggle continues. Parsons has successfully mobilized his French colleagues to assist DeGuzman and his fellow workers, but an emergency call has just come in from some Maldivian seaman. Can Parsons help? All in a day’s work. 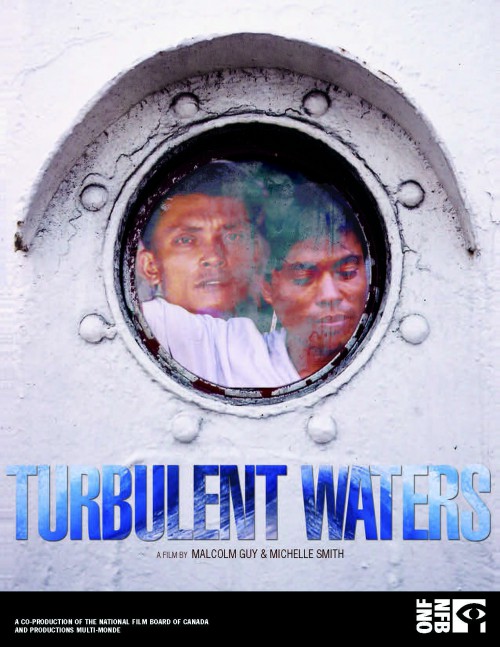