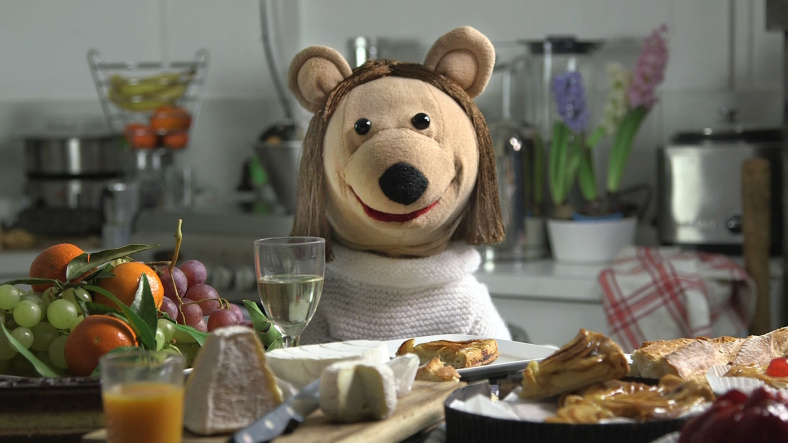 Hello Documentary-lovers! Diffusion Multi-Monde has set the table for a few great surprises in 2017, but as we begin this year, here are some highlights of the events around the wonderful films we chose to promote in 2016.

We also want to thank you for being there to sustain the documentary genre in theatres, on television, DVD’s and the other platforms. Without you, there would be no documentaries and what a sad world it would be!

Impossible to speak of 2016 without evoking the hectic journey of the film Callshop Istanbul on the festival circuit! Since its first screening at the Rencontres internationales du documentaire de Montréal (RIDM) in November 2015 and its theatrical release in the spring of 2016, filmmakers Hind Benchekroun and Sami Mermer have been traveling the world, earning several prestigious awards. The tour of festivals and theatres in Canada continues in 2017 and the DVD will be released soon. See the web site for the full list of festivals and awards. Congratulations to the two filmmakers on this beautiful journey!

sports the colours of France!

Among our most anticipated releases of 2017 is The Sociologist and the Bear Cub, by Etienne Chaillou and Mathias Théry, another film from France* to join the Multi-Monde collection! We are proud to bring to Canadian screens this creative film with a strong cause: gender identity, and equal rights for same-sex couples. The film revisits the controversy surrounding the Bill on marriage for all, which ignited huge protests in France from September 2012 to May 2013. During the nine months of legislative gestation, the sociologist Irène Théry tells her son about the issues in the debate. From these stories is born a cinema of teddy bears, toys, bits of cardboard. A cross between an intimate portrait and a national soap opera, this film brings us to rediscover something we thought we knew all about: the family. 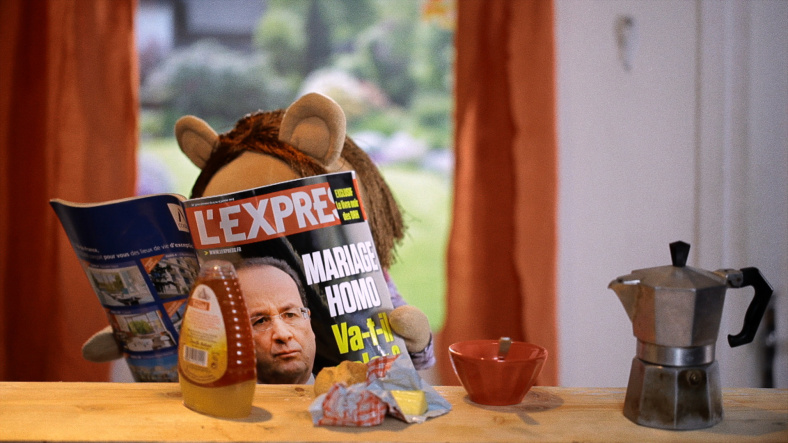 After rave reviews in France and tens of thousands of spectators – it was chosen one of the must-see movies of the year by several major media – the film quietly made its entrance in Québec and New Brunswick, but did not leave audiences indifferent! See the enthusiastic review in The Huffington Post here, and the article in English published by afterellen.com

And for the most curious of you, take a look at the delightful and hilarious trailer below. 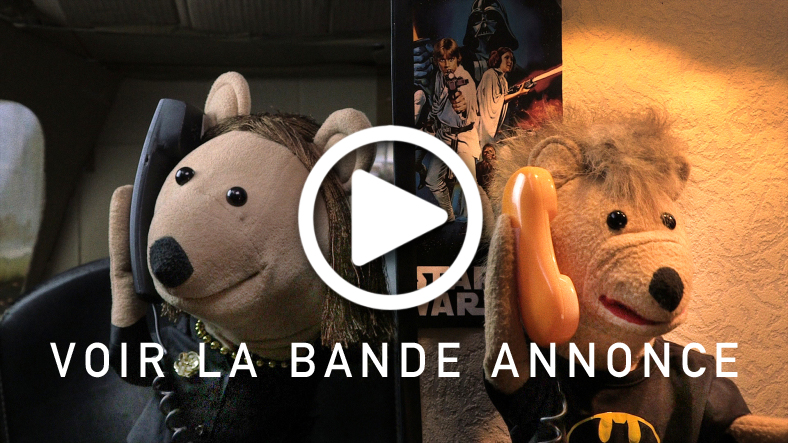 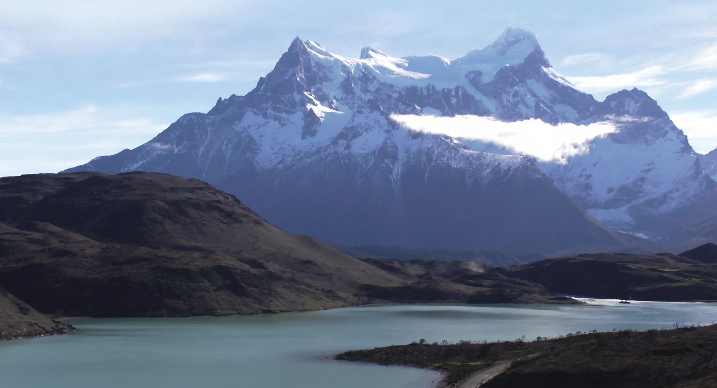 After the successful theatrical release of “Au Pays de la Muraille enneigée” (“Chile, Personal Geography“) in Montreal and Quebec starting last September, the prestigious Chilean and Quebecois filmmaker Marilu Mallet scurried off to Santiago for the vernissage of a new book about her work and career.

Composed of archives and interviews, the book recounts the odyssey of three Chilean filmmakers, including Marilu Mallet, torn from their roots by exile; it provides an in-depth theoretical and historical analysis of their work.

Multi-Monde congratulates the filmmaker for this beautiful accomplishment in the international recognition of her career!

To find out more about Marilu Mallet’s work, note that many of her films are available for viewing at the Cinémathèque Québécoise; her latest documentary, “Au Pays de la Muraille enneigée” (“Chile, Personal Geography“), will be released by Multi-Monde on DVD later this year. 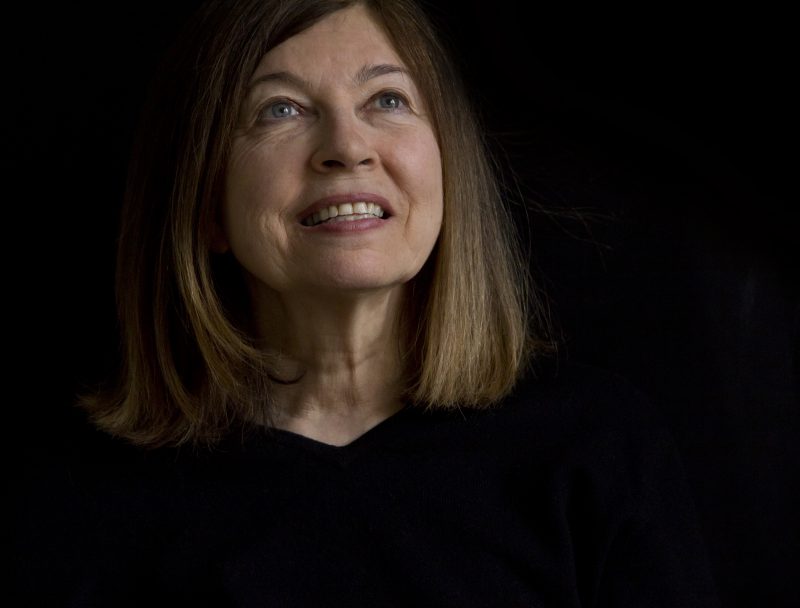 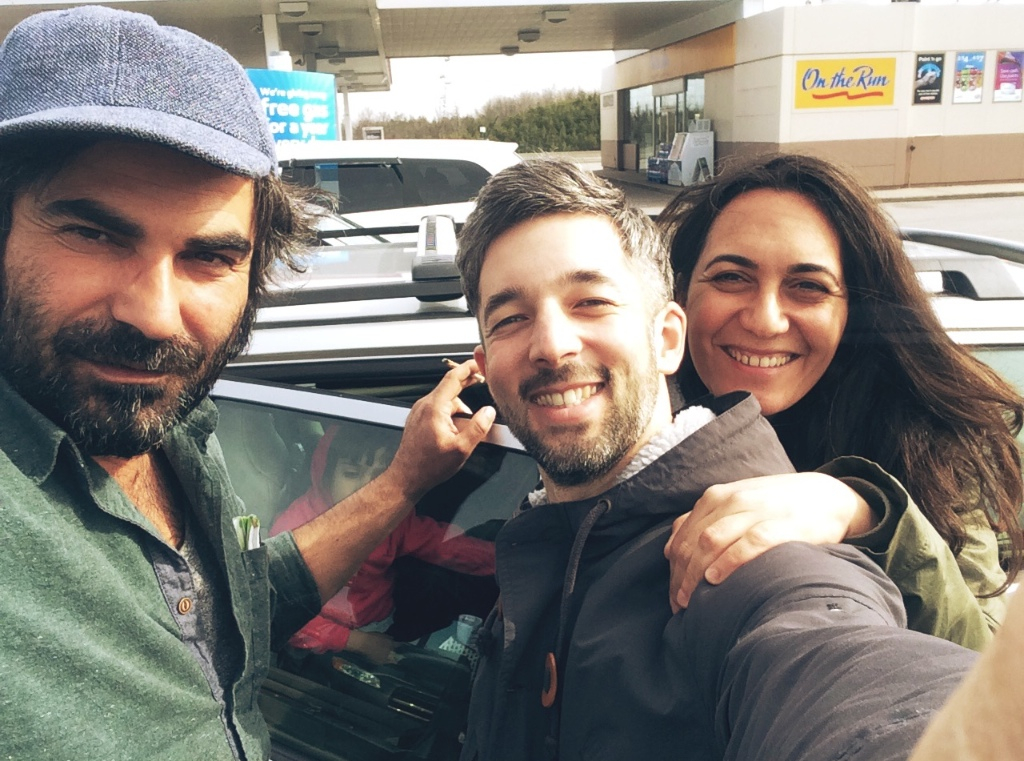 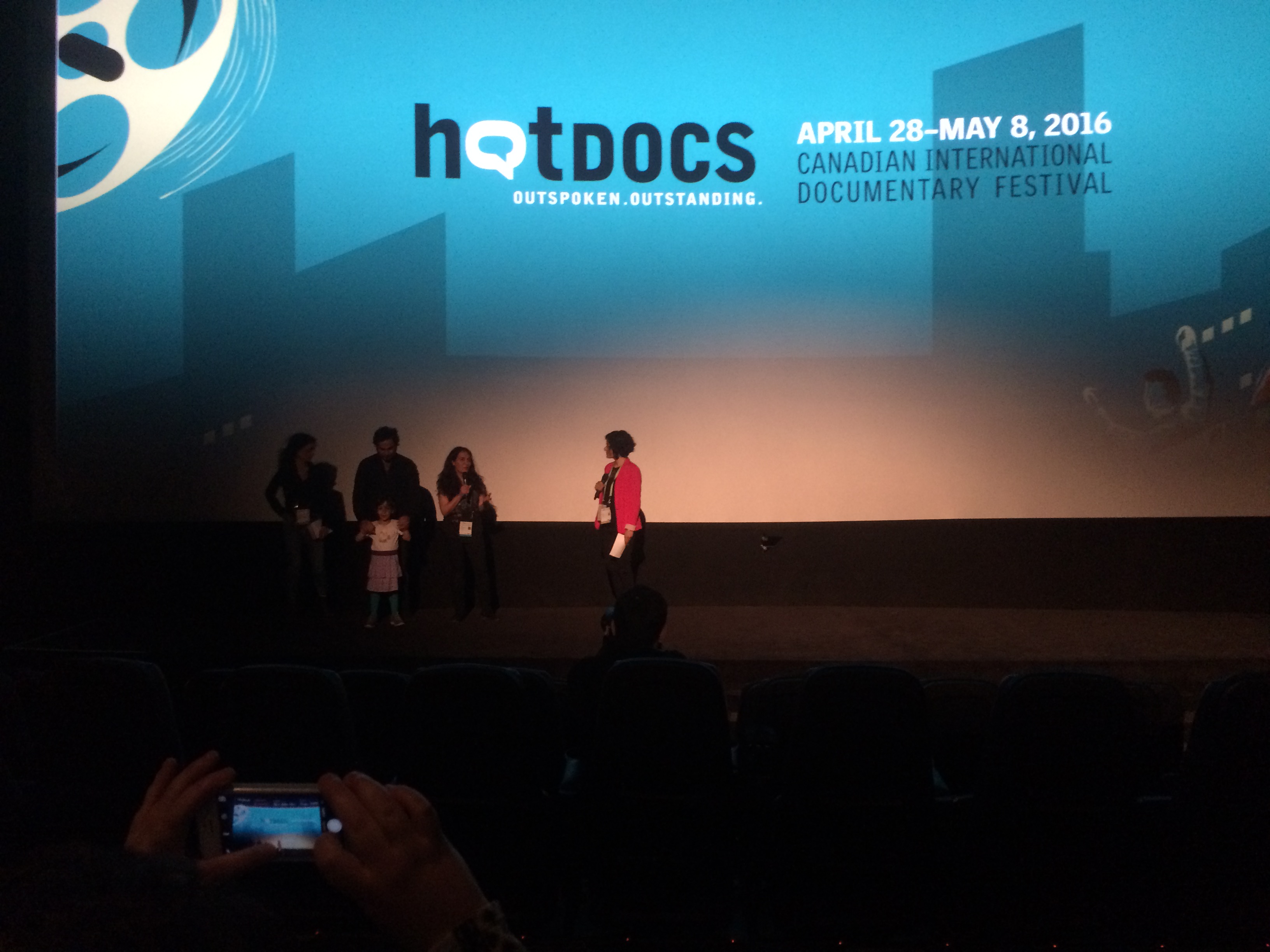 APRIL 2016 – Directors of “CALLSHOP ISTANBUL” answer questions from the public at the HOT DOCS Festival. 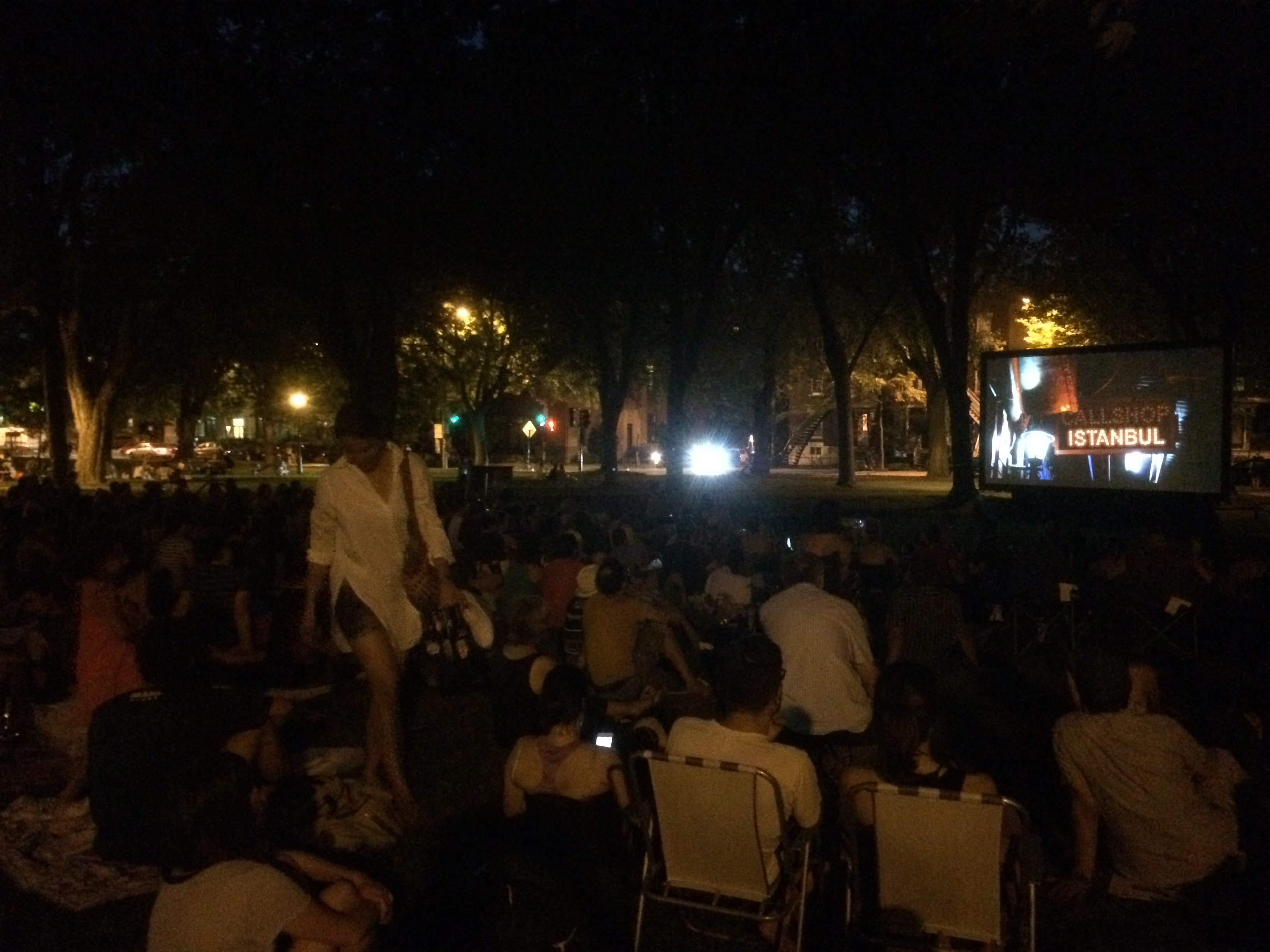 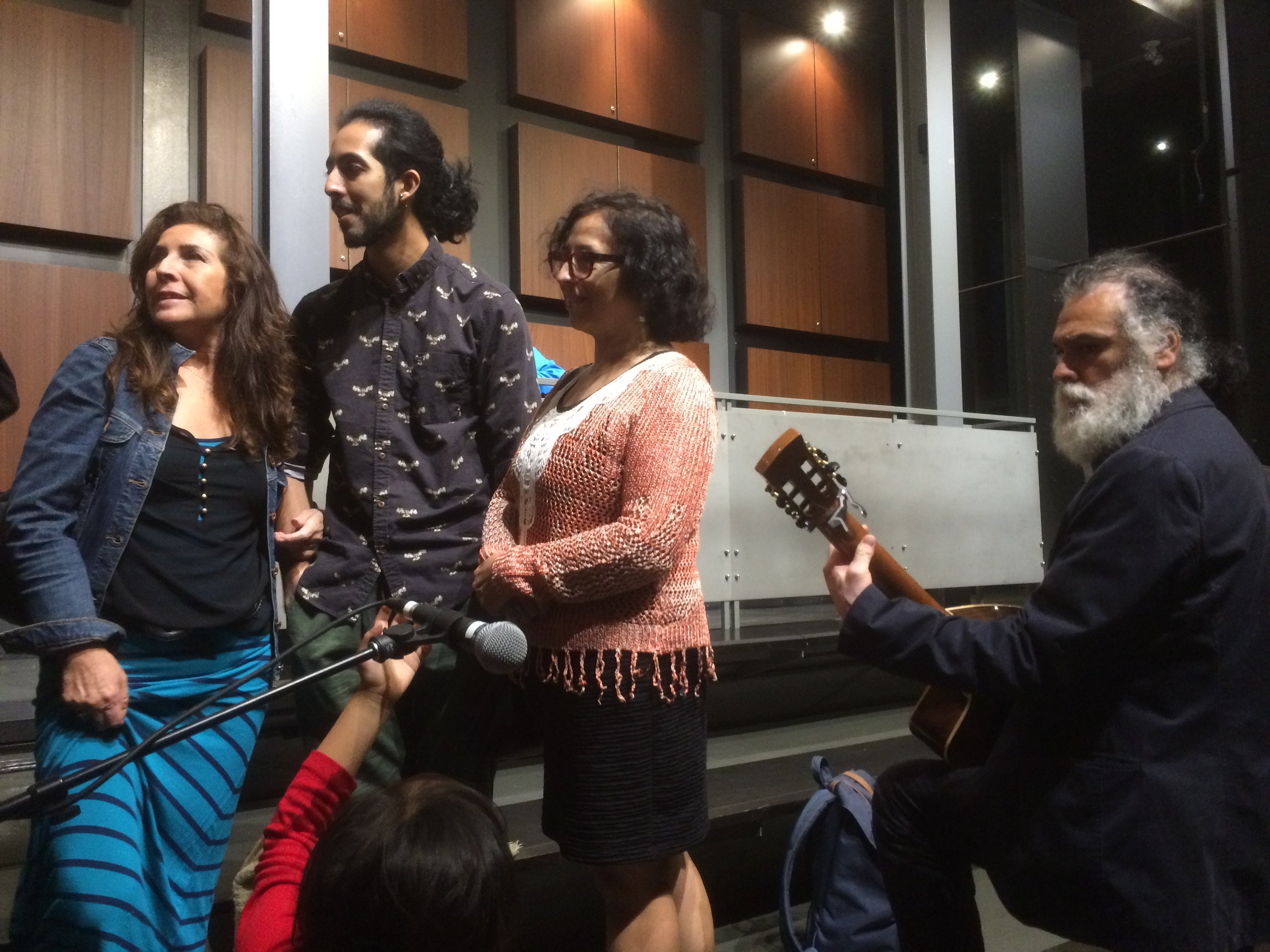 SEPTEMBER 2016 – The musicians of the Chilean group Acalanto accompanied the opening night of Marilu Mallet’s film “Chile, Personal Geography“. Poet and singer Judas Ahumada gave us the honour of a moving and talented performance! 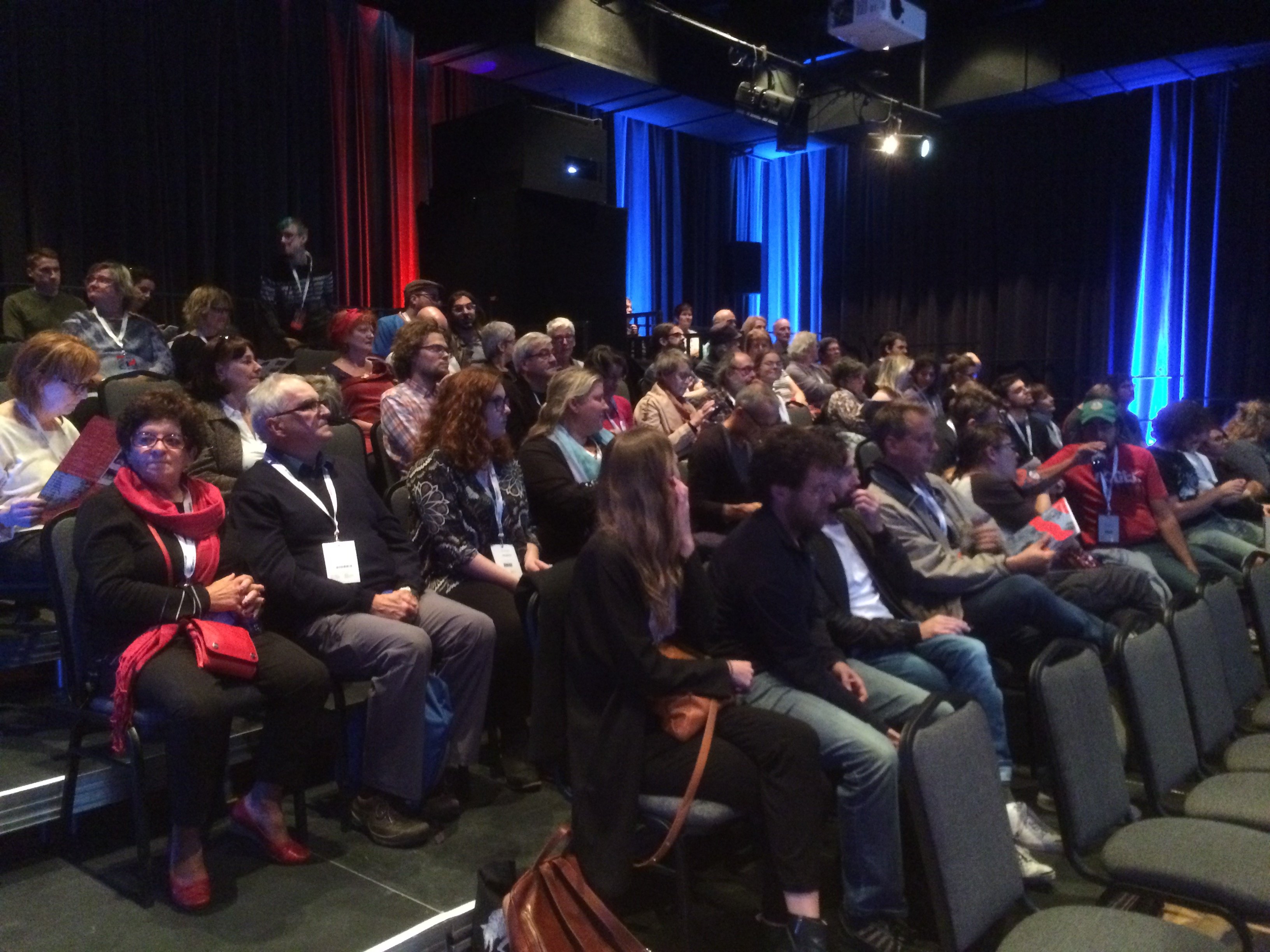 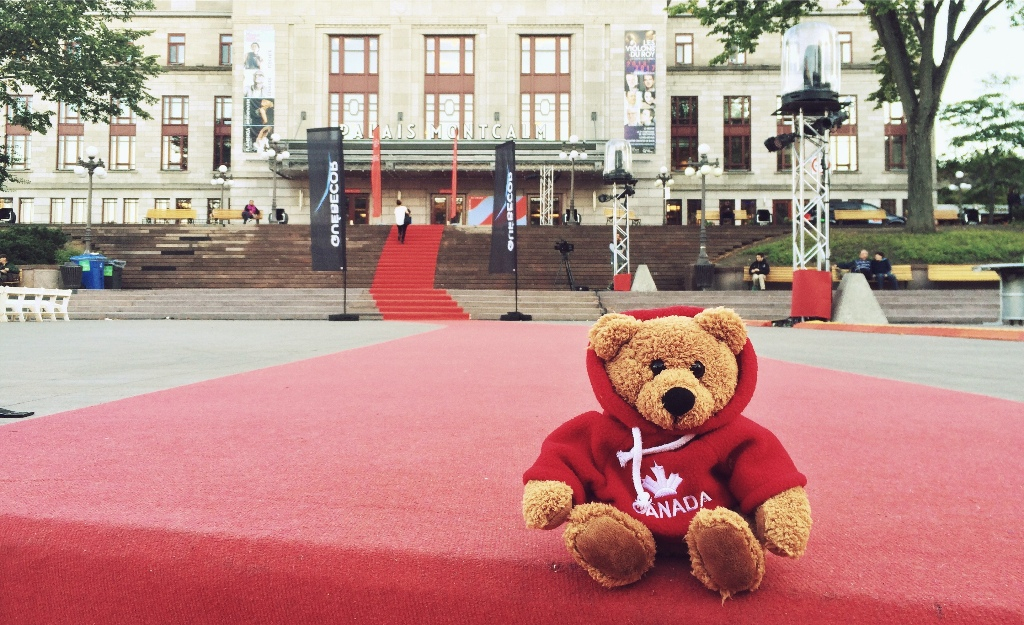 September 2016 – Our bear feels some pre-opening night jitters as he gets ready to climb the steps to the Quebec City Festival for the premiere! 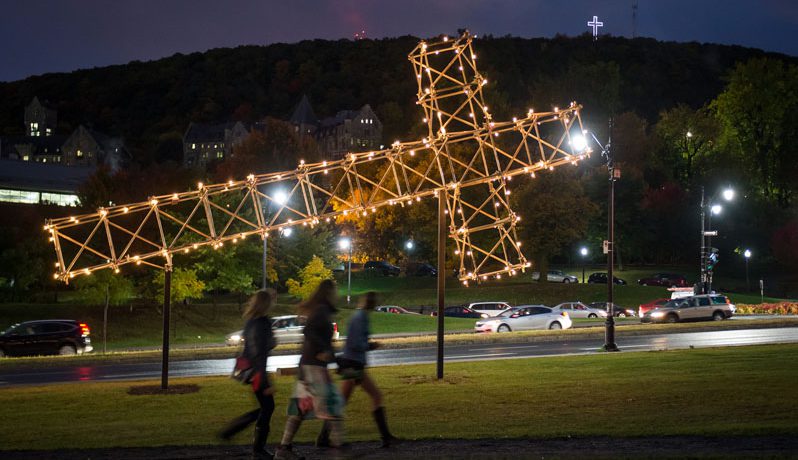 The year 2016 marked the 40th anniversary of the Montreal Olympic Games, and the film The Corridart Affair. had yet another rebirth in several major exhibitions ranging from the Canadian Center for Architecture to the Maison de la Culture de Maisonneuve, in galleries and at the Bibliothèque et Archives nationales du Québec! 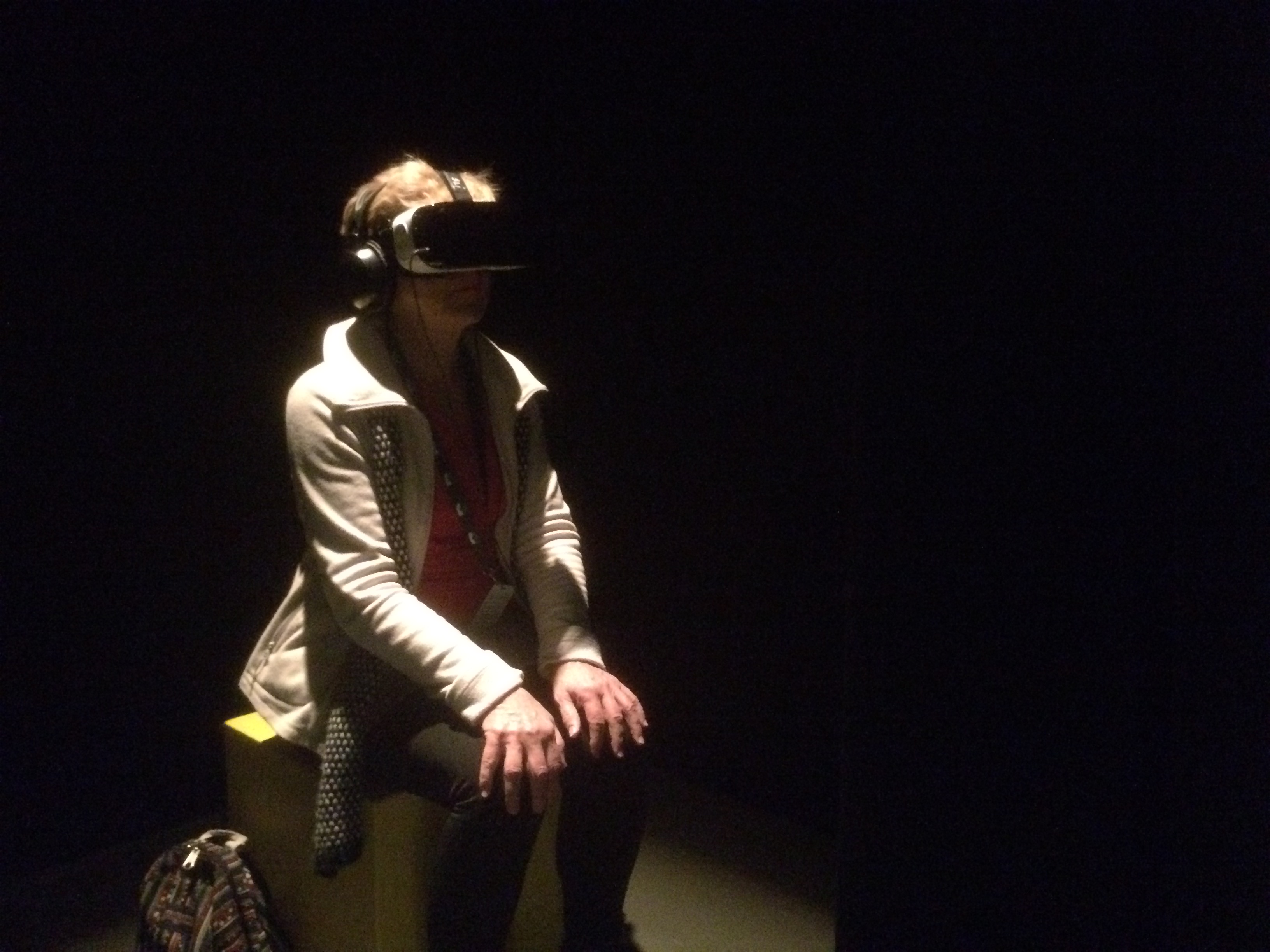 NOVEMBER 2016 – First experience of virtual reality for our President Marie Boti, at the RIDM 2016! 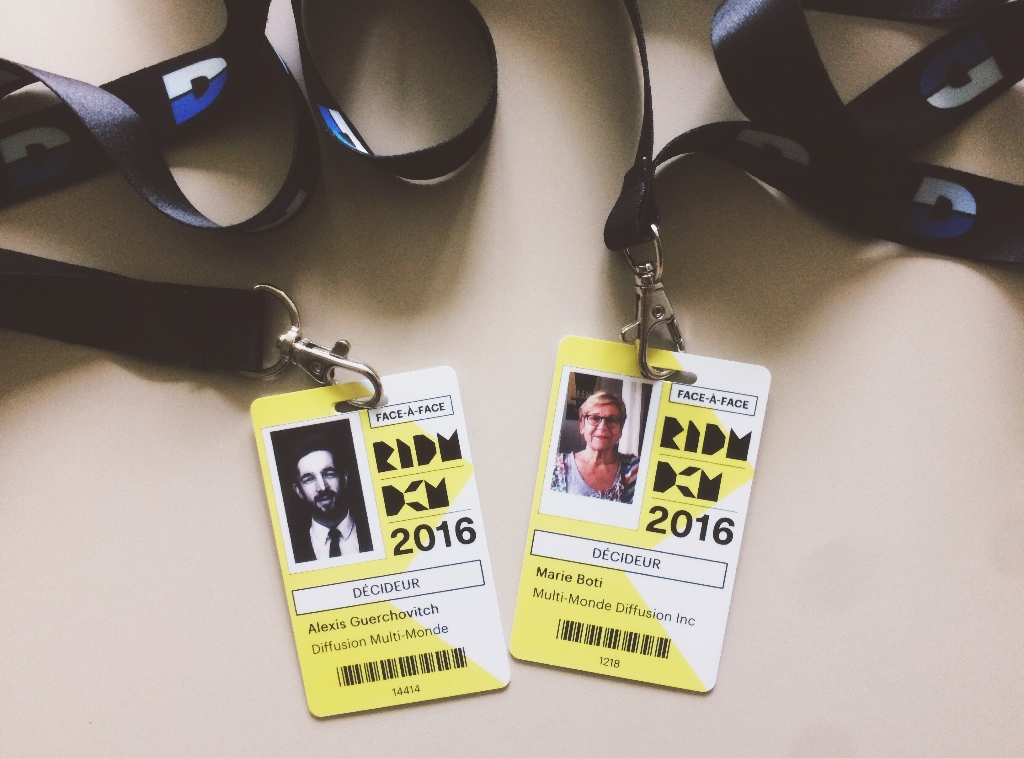 NOVEMBER 2016 – The Diffusion Multi-Monde team was present once again for the face-to-face meetings with filmmakers at Doc Circuits Montréal. An experience rich in beautiful encounters, whose details will soon be revealed … 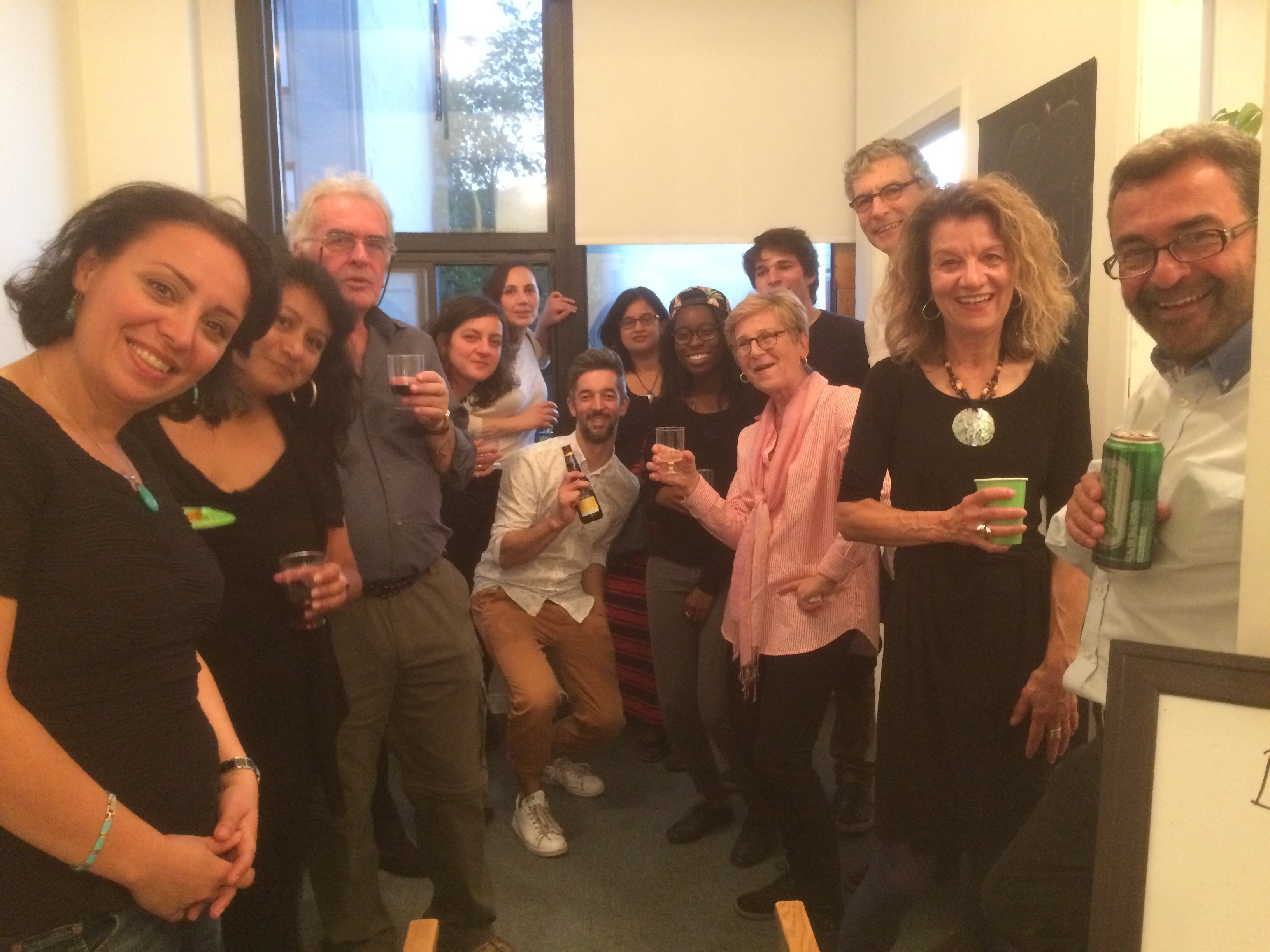 Friends of Multi-Monde in full celebration, wish you all a Happy New Year 2017!

Disembarks in your living room! 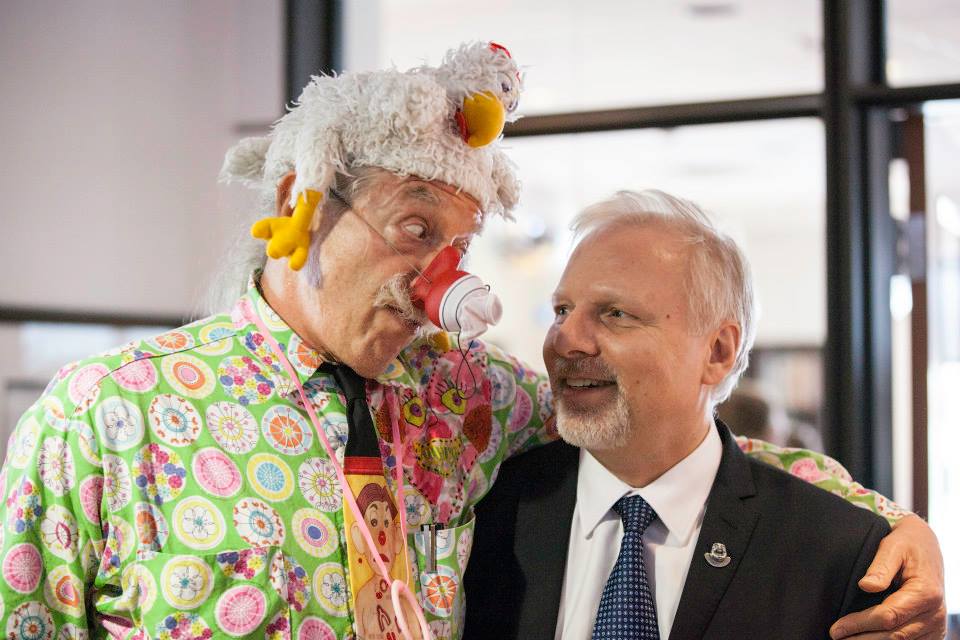 For this beginning of 2017, Multi-Monde has decided to spoil you via its video-on-demand site, and bring a bit of humor and poetry into your living room! Starting today you can meet the real Patch Adams, the famous doctor clown played by Robin Williams in the movie of that name, through the feature documentary directed by François Gourd and Mélanie Ladouceur!

To enjoy it, nothing could be simpler! Click here and enter the promotional code freepatch. Available for free streaming until the end of January.