In Canada, when we think of “temporary workers,” the image that comes to mind are the seasonal agricultural workers who have been working in our fields for the past 40 years, or the live-in nannies and maids from the Philippines. But these days, temporary foreign workers are found in all sectors: fast food, service stations, city bus drivers.

Canada, a country with a reputation as a “land of immigrants,” appears to taking its cue from places like Hong Kong and Saudi Arabia that run on temporary foreign workers.

The one-hour documentary, The End of Immigration?, uncovers a trend which is having a profound impact on the society in which we live, where there will be citizens with full rights, and “rent-a-workers” with few or none.

By comparing the situation of these temporary workers with that of their own parents who arrived in Canada as unskilled workers in the last century, the filmmakers uncover a hidden world that’s as close as the MacDonald’s on the corner. And they ask the crucial question: is this the kind of society we want to build? 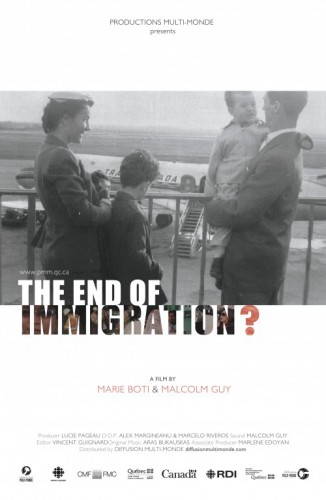