Each day, thousands of people leave countries like the Philippines to seek work abroad. They work as nannies, domestics, clerks and labourers for low wages and with few rights. What little money they earn they send home to their families. This contribution to their country’s economy has prompted the Philippine government to call these contract workers “modern day heroes.” But that’s only half the story.

Starting from the case of Flor Contemplacion, the Philippine maid hanged in Singapore to world-wide protests, Modern Heroes Modern Slaves takes a look at the human side of this massive trade in labour: failed marriages, family break ups, and exploitation and abuse at the hands of unscrupulous employers. From the United Arab Emirates, to Hong Kong to Canada, local governments rely on contract workers to fill jobs that locals cannot or will not do. When it comes to protecting them from abuse and defending their rights, the workers have to fend for themselves. 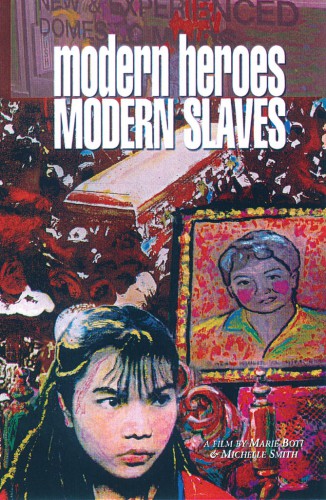