The Philippine government declares war on the guerrilla movement, the New Peoples Army. As a result of military action, half a million Filipinos, mostly poor peasants, become «internal refugees» in their own land.

Elenita and Elmer Ordonez were among the first to return to the Philippines after the fall of martial law in 1986 which had driven them into exile in Canada. During their exile, they formed part of the progressive Filipino community here in Montreal and kept up their support for the people’s movement back home, working to build ties of solidarity between Quebec, Canada and the Philippines. We remember Elenita for her passion and pride in the Filipino language and culture. In the Philippines, she had been among the movement of academics promoting Filipino as language of instruction in universities and colleges. We have kept in touch over the years, and much enjoyed our visits with Elenita and Elmer and their family in Imus. In 2012, the Philippines has lost a patriot and an artist and we join her family and friends in mourning the loss of Elenita.

Multi-Monde special offer: This film is currently available to watch for free on Vimeo. 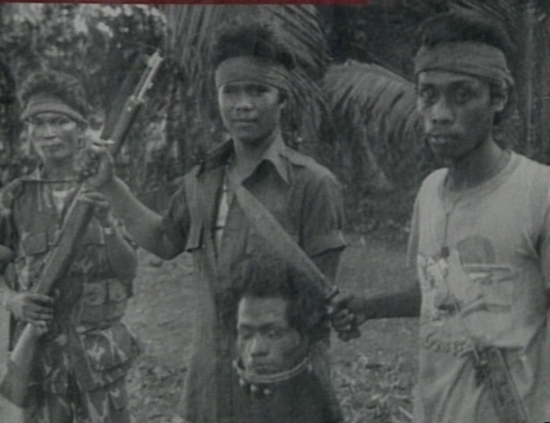