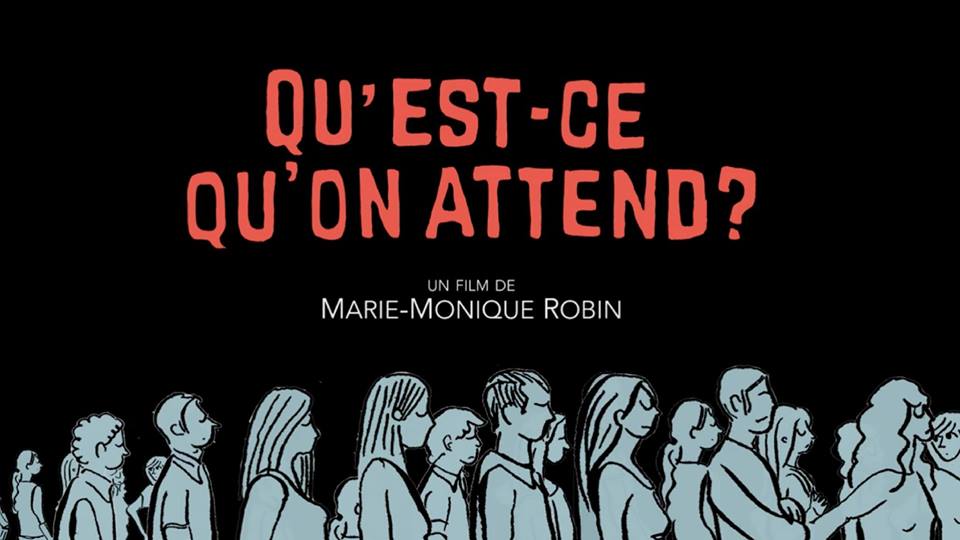 What is “The Transition”?

It is a world-wide movement of ordinary people doing extraordinary things, setting up their own renewable energy power stations, growing wholesome food without chemical fertilizers or pesticides, printing their own money, making their communities more self-sufficient and sustainable.

What are we waiting for? (Qu’est-ce qu’on attend?) transports us to a town in France where people are doing just that. Ungersheim, a small French commune in Alsace, is the international champion of the cities in transition, according to Rob Hopkins (www.transitionnetwork.org/blogs/ rob-hopkins), founder of the Cities in Transition movement.

We are delighted to announce that the film What are we waiting for? (Qu’est-ce qu’on attend?) by filmmaker, writer and investigative journalist Marie Monique Robin (best known for her film and book, The world according to Monsanto), will be coming to Quebec cinemas starting September 7, 2018.

In her new documentary, the director sets out to discover how the municipality of Ungersheim went about launching in 2009 a program of participatory democracy, called “21 actions for the Twenty-First Century” that encompasses all aspects of daily life: food, energy, transport, housing, money, work and school. “Autonomy” is the key word in the program, which aims to relocate food production to reduce dependence on oil, promote energy efficiency and the development of renewable energies, while supporting the local economy through a complementary currency (called the “radish” – radis in French).

Since 2005, the municipality has saved €120,000 ($180,000 CAD) in operating costs and has reduced its direct greenhouse gas emissions by 600 tons per year while creating a hundred jobs. All that with no increase in local taxes.

So WHAT ARE WE WAITING FOR?

The film is programmed to date in Montreal, Québec, Sherbrooke, and Rimouski. Screenings in French for now. So What are YOU waiting for? Hope to see you at one of the screenings.

Stay tuned for news and updates on our Facebook page!

GEEK GIRLS screens at the Winnipeg Cinematheque!
3 new screenings in Québec for “What are we waiting for? : the story of a town in “Transition” !