Presented in two dozen festivals world-wide, this feature-length documentary follows William Ging Wee Dere, a Montrealer of Chinese origin, as he attempts to trace his family roots and the history of Chinese in Canada. William’s grandfather, Der Tan Suey, and father, Dere Chew Yip, both paid the 500$ head tax imposed on Chinese coming to Canada. The head tax was abolished in 1923, only to be replaced by the so-called Chinese Immigration Act, that excluded almost all Chinese from entering Canada until 1947.

This unprecedented act separated Chinese families for decades, including William’s. William arrived in Montreal at the age of seven in 1956, when his mother was finally allowed entry to Canada. His father had not seen him since he was 10 months old.

William, along with filmmaker Malcolm Guy, set out to uncover the lost years when his family, like thousands of others in his community, was kept apart and denied basic human rights.

The blog of the film here and the Facebook page there.

Article about the film in Rice Paper 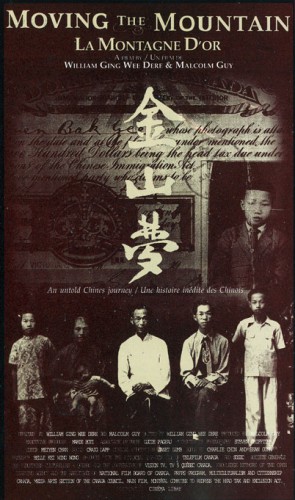